We can learn a lot from the incredible love and compassion that animals show other living beings.

Unlike us, they don’t let fear, jealousy and pride muddle their feelings of love and empathy; when they care for someone, they do so wholeheartedly.

Their pure expressions of love and selflessness often inspire us to want to be better too. And they remind us that we all have the power and potential to make the world a better place for those around us.

Sometimes we forget how much a simple act of kindness can mean, so we’ve collected some beautiful and inspirational examples of kindhearted animals in the gallery below.

1. Man rescued a crying stray kitten from the streets and brought her home. This is how his cat comforted her. 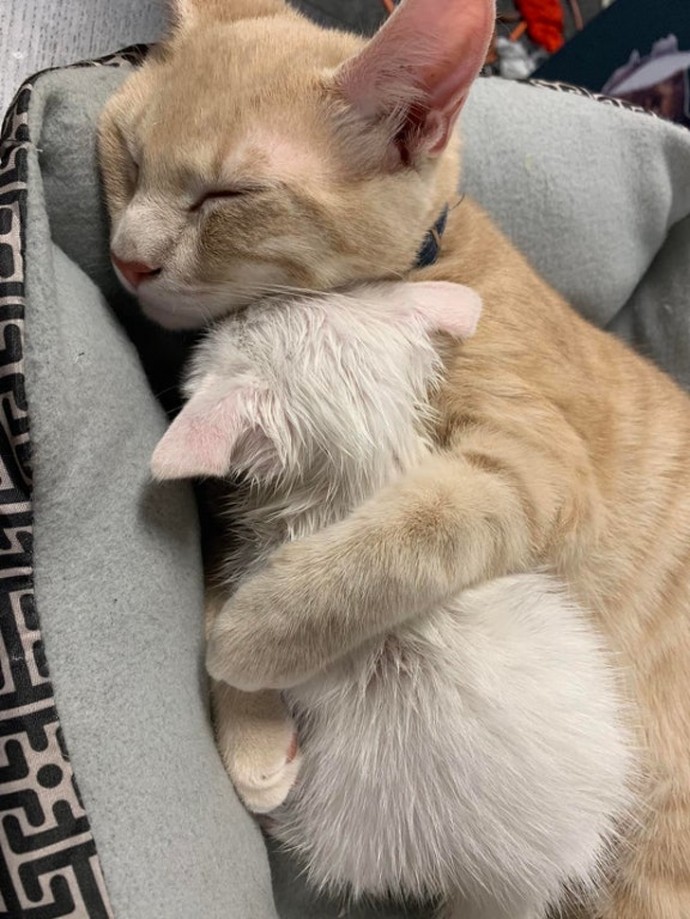 2. This compassionate pup’s maternal instincts were triggered by an orphaned kitty, so she began producing milk and allowed him to nurse. 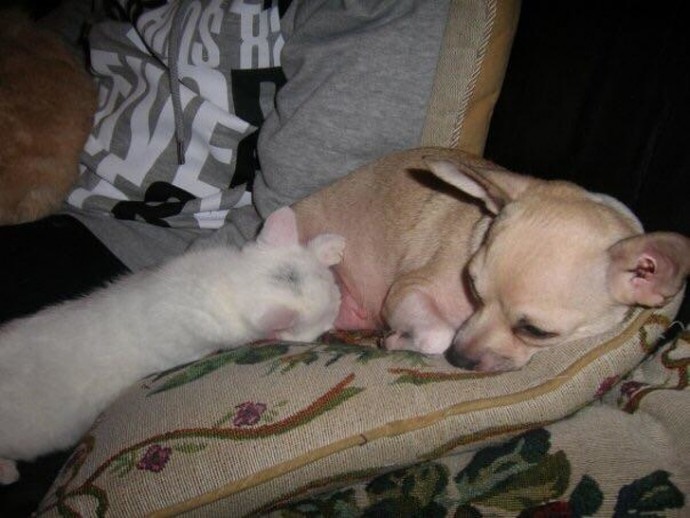 3. This sweet Golden found her owner out in the snow after he’d fallen and broken his neck. Kelsey kept him warm and barked until help arrived which ultimately saved his life. 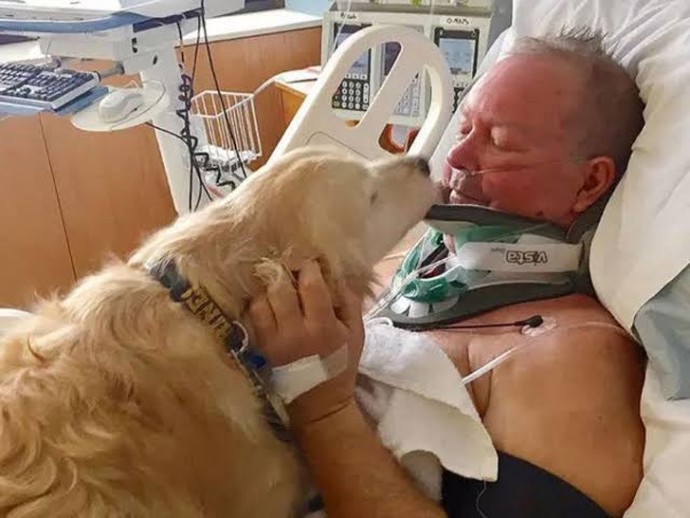 4. After her owner’s sister got pregnant, this pup couldn’t stop showering the mom-to-be with love and affection. 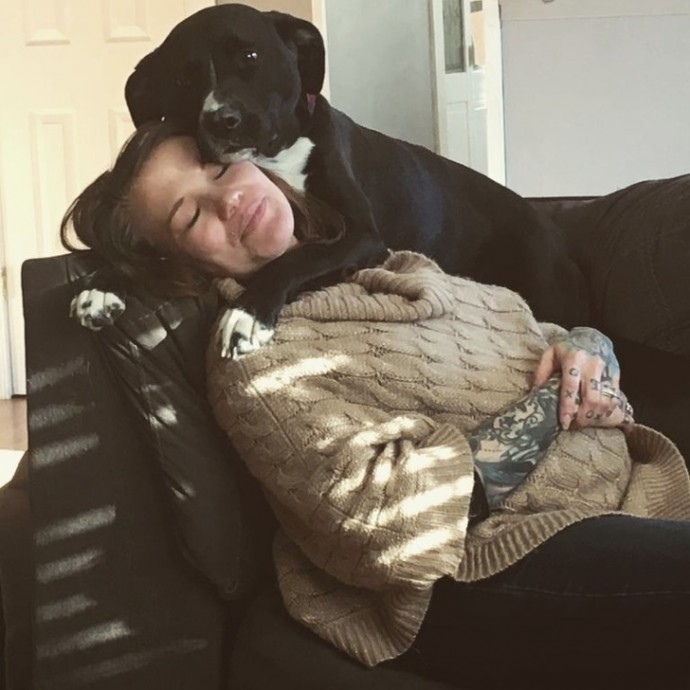 5. Luna knows how much Daisy hates car-rides, so she snuggles her to make her feel better.

6. There’s really no reason for dogs and cats to fight. It’s so much nicer to cuddle.

7. When his three-year-old human got sick with the flu, Hammer cuddled up next to him to make him feel better.

8. After this formerly stray dog found a forever home, he kept coming back to visit his best friend – a pelican. True friendships are for life. 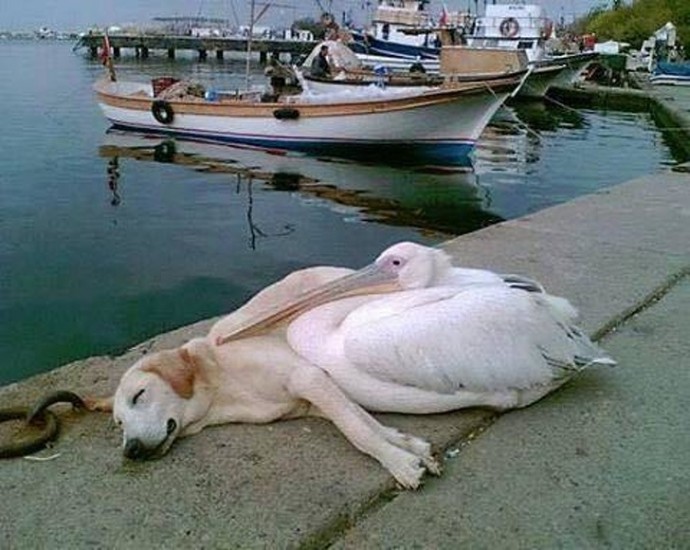 9. These two furbabies love each other despite their differences. 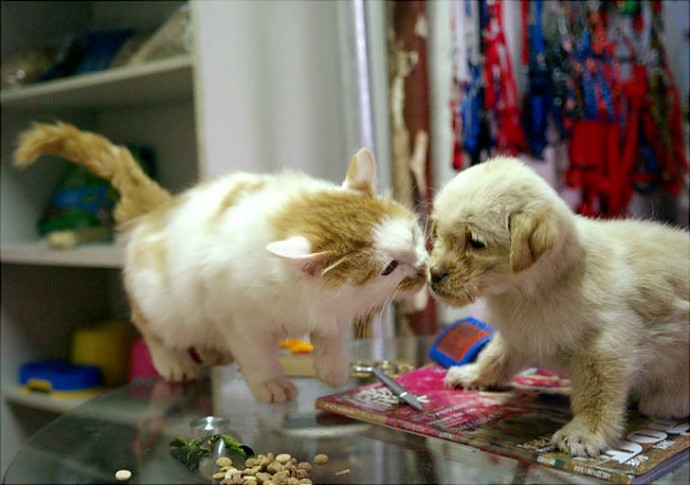 10. This loving kitty always follows her human to the gym and then waits in the lobby until they’re ready to go home again. 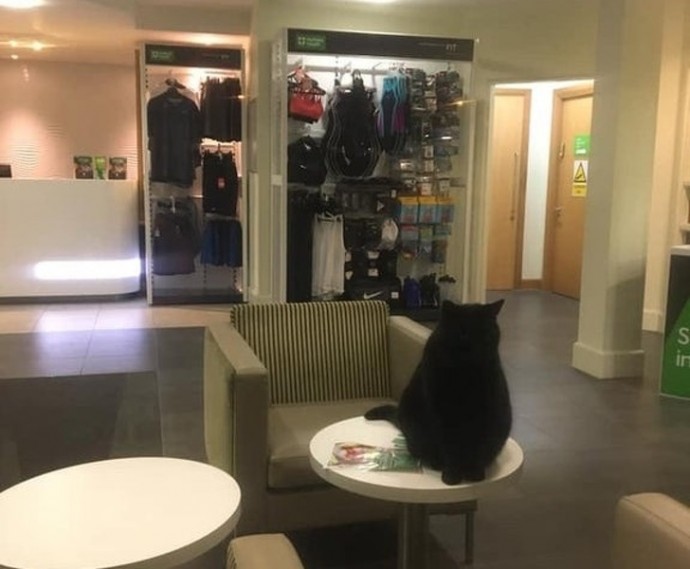 11. And, lastly, this water-hating kitty ignored his own fears and dove into the bathtub to rescue his baby sibling after he heard the kitten scream during bathtime. Now that’s love! 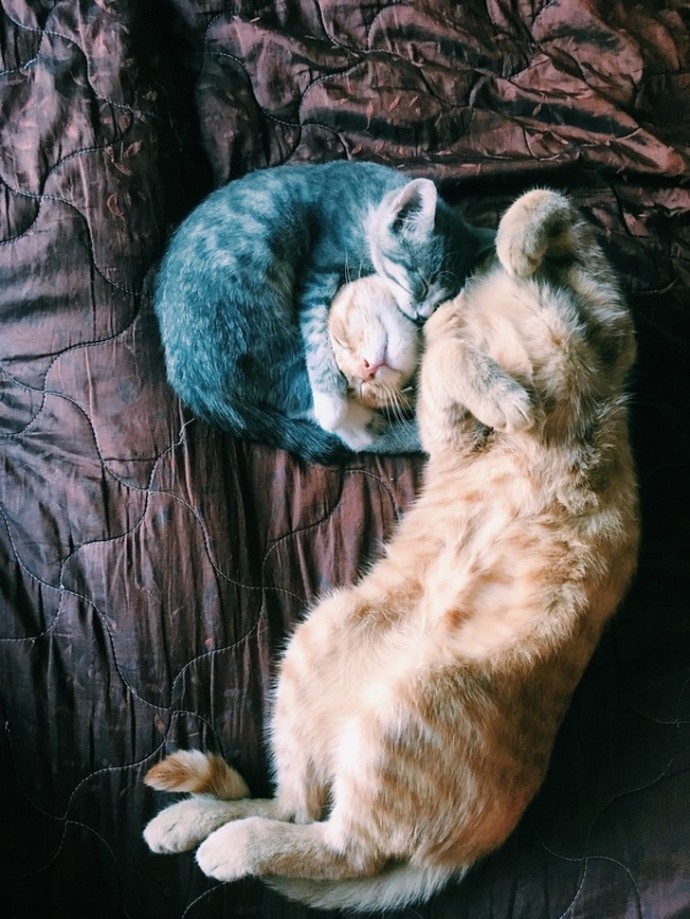