A cat-loving couple in Montreal, Canada has been doing their part in looking out of the poor, homeless cats in the area.

Even though Kurt and Melanie can’t adopt any more cats (they’ve already got their hands full with the ones they’ve got in the house) they’ve been doing everything they can to help the needy cats.

According to LoveMeow, the couple has been providing stray and feral cats with food and even set up cat shelters in their backyard, and recently they got proof of just how much their dedication means to the cats they’ve helped. 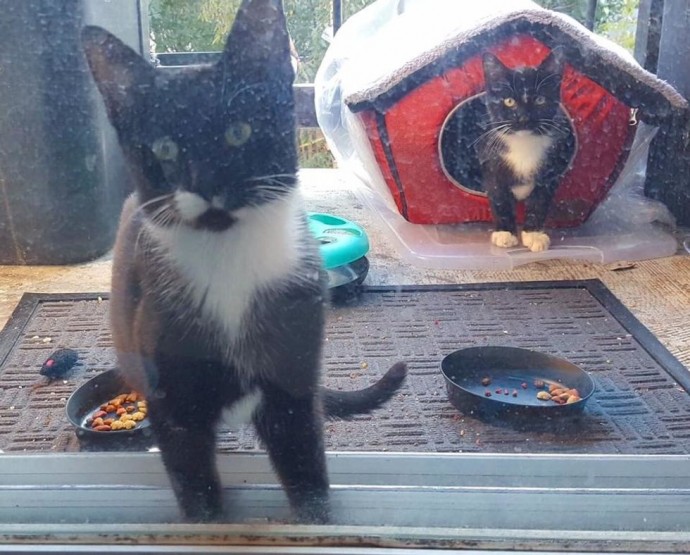 A shy, black stray came to the house and helped herself to some food and then left.

A while later she came back, and she’d brought along her four little kittens.

The devoted mother of four was hoping that whoever had helped her get food would help her kittens too. 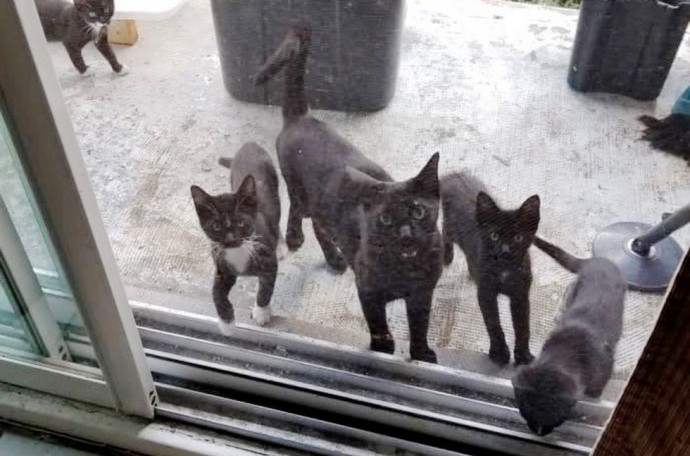 Kurtis and Melanie were obviously more than happy to help.

The kittens were adorable and full of life. They played, explored and followed their mother around as they inspected their new home.

They loved all the food, shelter and affection that they were suddenly receiving and the cat mom seemed pleased with her decision to bring the kittens into the care of Kurtis and Melanie. 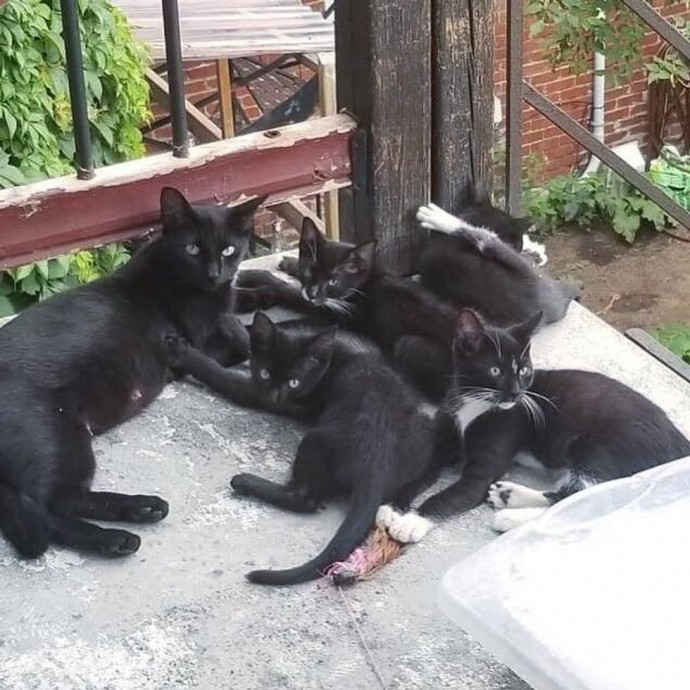 Kurtis and Melanie took good care of the loveable quartet as they looked for suitable owners for them.

They took the time to socialize the little furballs and eventually two of the kittens found their forever homes. 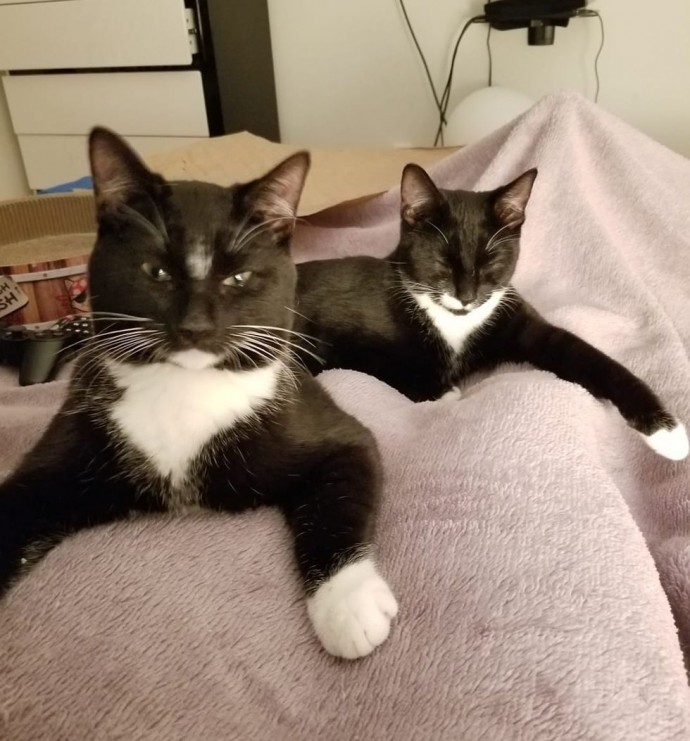 The remaining two kittens have been named Kurt and Mel in honour of their rescuers. They are a bonded pair, and as such, they cannot be separated and they need to share their future forever home. 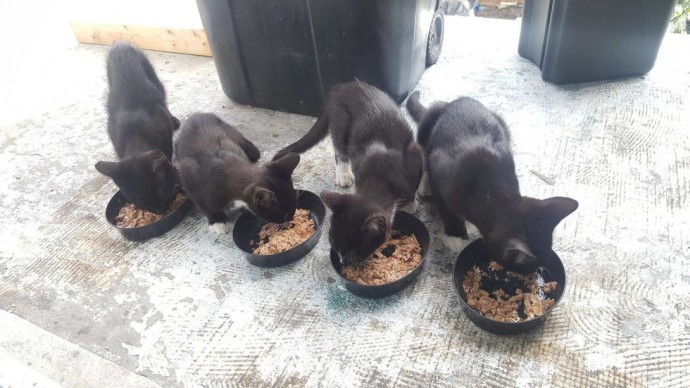 “They are the sweetest and most cuddly kittens you will find. It would be best if they could be adopted together…as they are so close,” Kurtis said in an interview with LoveMeow.

Kurtis and Melanie have gotten help from the rescue group Chatons Orphelins Montréal while they continue searching for a family for the two kittens.

The kittens have just had their first vet visit and Kurtis and Melanie are currently trying to catch their mother so that she can get spayed. 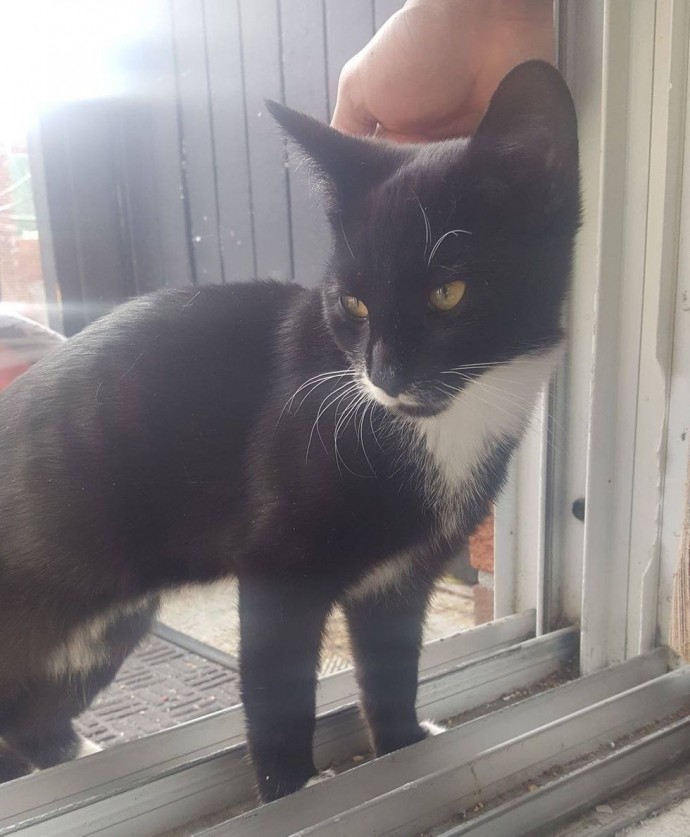 Kurtis and Melanie are also continuing their heart-warming work for the community cats.

Soon, the last two kittens will find their new home and be warm and safe for the rest of their lives, and it’s all thanks to Kurtis, Melanie and their brave, loving mom who wanted to give them a better life.