If you thought that humans are the only lazy creatures who make up the most creative reasons in order to avoid hard work, you couldn’t be more wrong, because there’s a horse in Mexico who literally plays dead whenever someone tries to ride him.

We can’t decide if this horse named Jingang is too smart or lazy, but the fact is that he was just fed up with carrying people on his back all day long and came up with a brilliant way to avoid work.

When he plays dead, Jingang tries to be as dramatic as possible, sticking his tongue out of his mouth and stretching his legs to the air.
Sometimes he falls to the ground even before a human even attempts to ride him, and the sight of the whole situation is just hilarious.

Scroll down to see some pictures of this funny horse pretending to be dead, and watch the video at the end of the article.

Guess which one is Jingang?

Ok, it was an easy call. But look how dramatic he is… He even sticks his tongue out of his mouth.

An award winning performance by Jingang.

He even stretches his legs to the air. Such a masterclass. 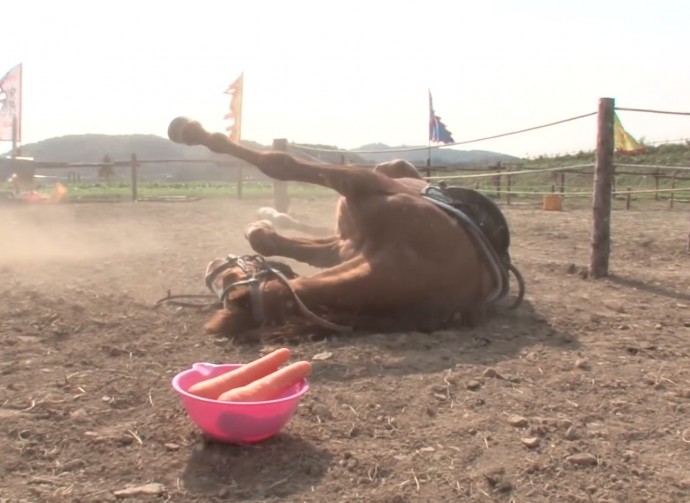 Close your eyes, Jingang, nobody will notice you’re breathing heavily. 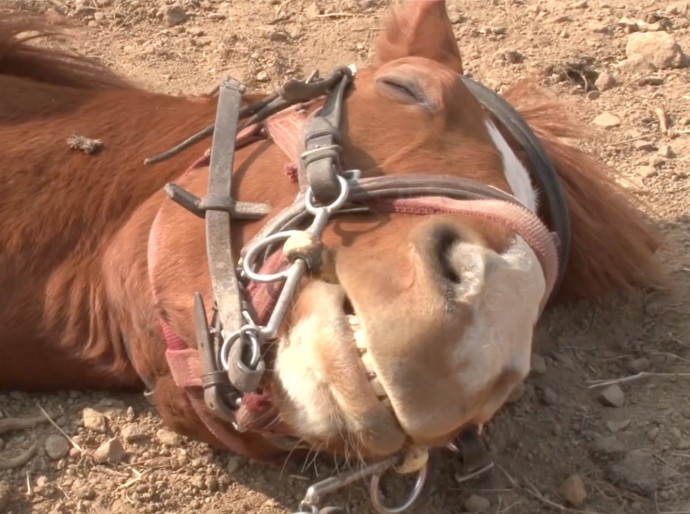 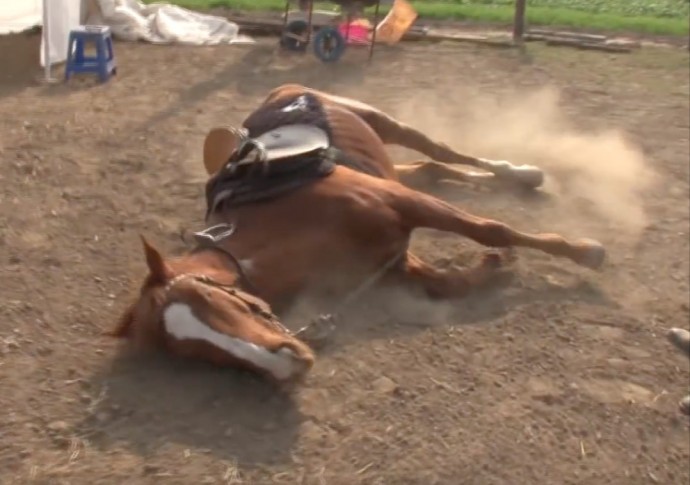 No wonder the video below, posted by the owners of Jingang, went viral and has been viewed more than 23 million times.